In 2011 he finishes his studies of comics at the “Scuola Del Fumetto” in Palermo with which he collaborated as assistant animator in the realization of the short 2D animated movie “I Vespri Siciliani”.

After couple of year working as illustrator in Palermo, mainly for musical events, he decided to move to Belgium where in 2016 he starts to work for the animation studio “Dreamwall” in Charleroi.
There, he took part at the realizations of different 2D animated series as: “Little Furry” , “Les Nombrilles” editing by “Dupuis”, “Abraca” editing by “Ankama”, “Kid Lucky” editing by Belvision, etc.
After more than 6 years of experience in studio, today he is specialized in Cut-Out 2D animation & rigging for TV series.

In 2020, he founds with his friend Eric Perrin the “Baumassive Lab” 2D animation & Motion-Design.
They made their first short animated clip “Kina” (visible on YouTube).

Between 2020 & 2021 they realized the official animated video-clip of “Hybrid”, main track of the new “Swingrowers” album, produced by the Freshly Squeezed Music.

Inspired by art in all its new forms and technology,
dedicates his free time to illustration, tattoo, digital painting, murales…
it’s in the world of black and white drawing that the pencil of the artist is mainly expressed today.

The companies I worked with :

Electro Swing label based in London 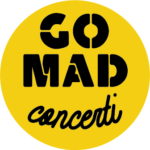 an audio visual studio based in Neukölln, Berlin. 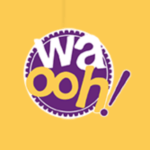